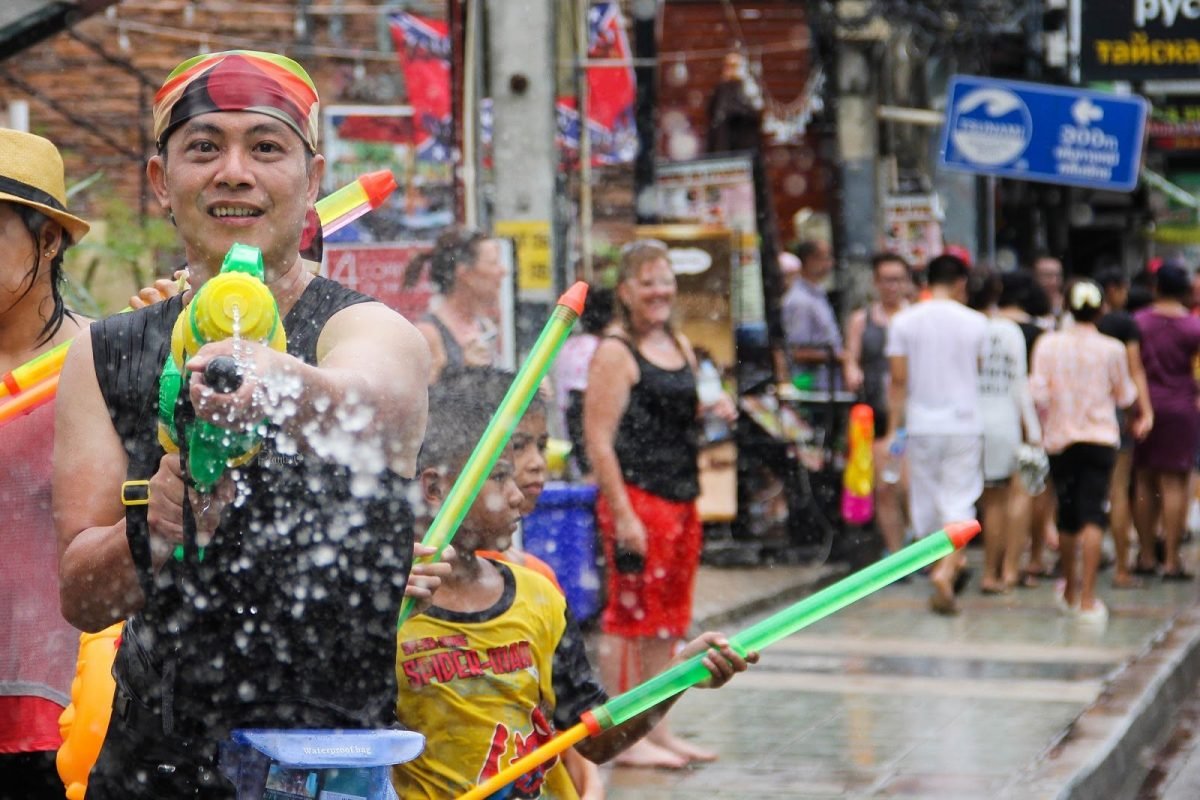 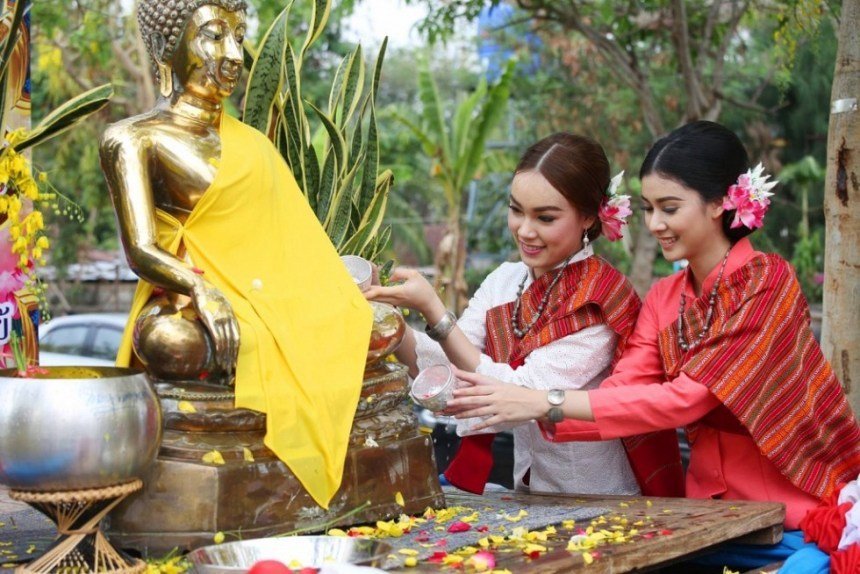 Songkran is an annual festival which takes place over three days during the traditional Thai New Year, April 13th-15th (in almost all provinces). The official Songkran festival lasts three days but in reality, the whole week is taken over by a mass celebration as the whole country shuts down for a momentous water fight. Wild scenes of exuberance can be seen throughout the Kingdom with music, dancing and people drenched from head to toe. Water guns, hose pipes, buckets, in fact, anything you can get your hands on can be used to splash people, and one thing is for certain: you will get wet! 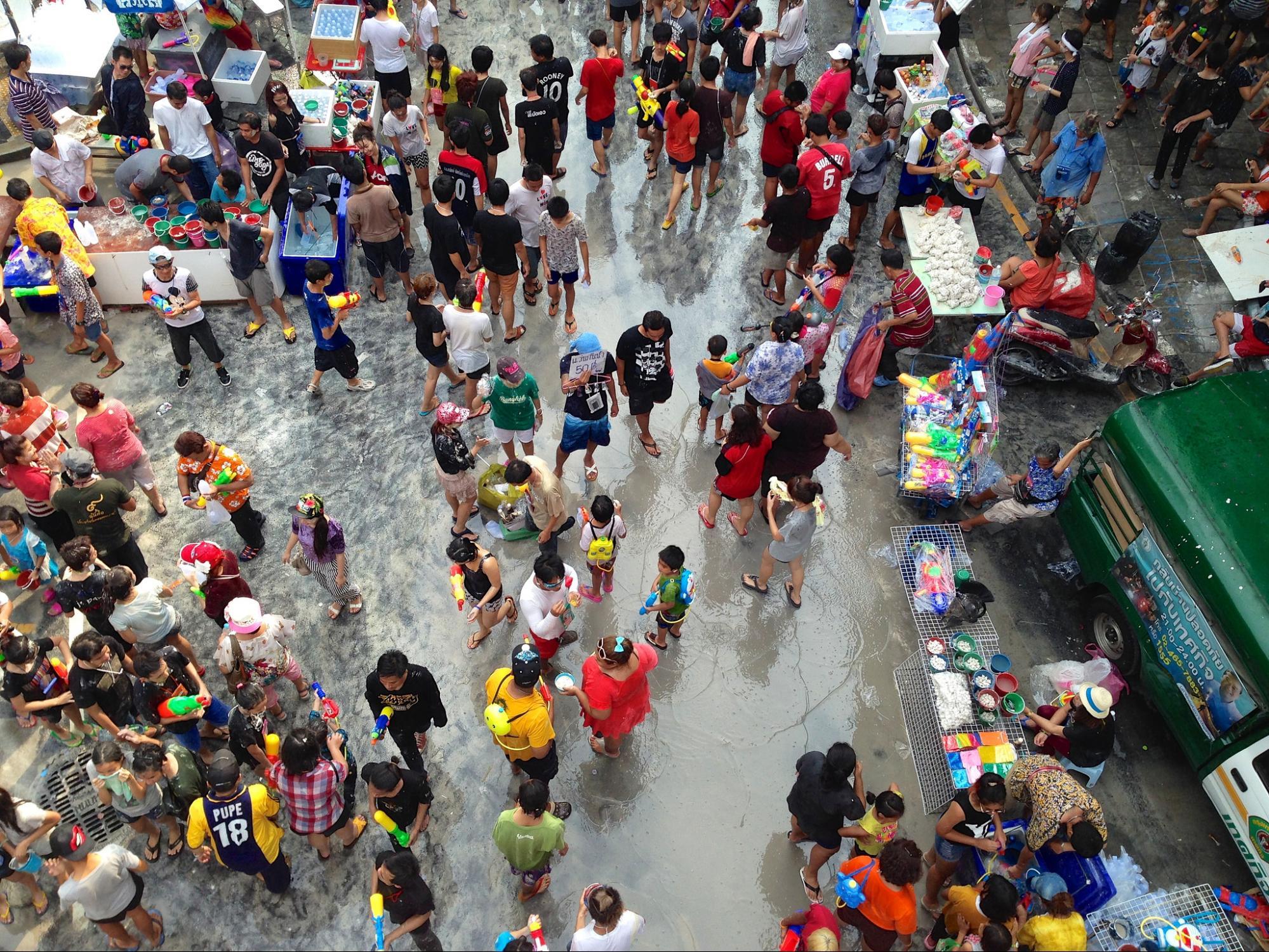 Picture credits: Tanks That Get Around

During Songkran, Bangkok experiences a mass exodus as at least half of its residents travel back to their hometowns for family reunions. In their place are tourists, who fly into Bangkok particularly to enjoy one of the most colourful and festive times of the year. During Songkran, most office buildings, banks and even family-run shops and restaurants shut down completely, while big shopping malls usually remain open. As the capital city of Thailand, Bangkok has more places to party than anywhere else. Some of the biggest parties are found in two places in particular: Khao San Road & Silom Road. 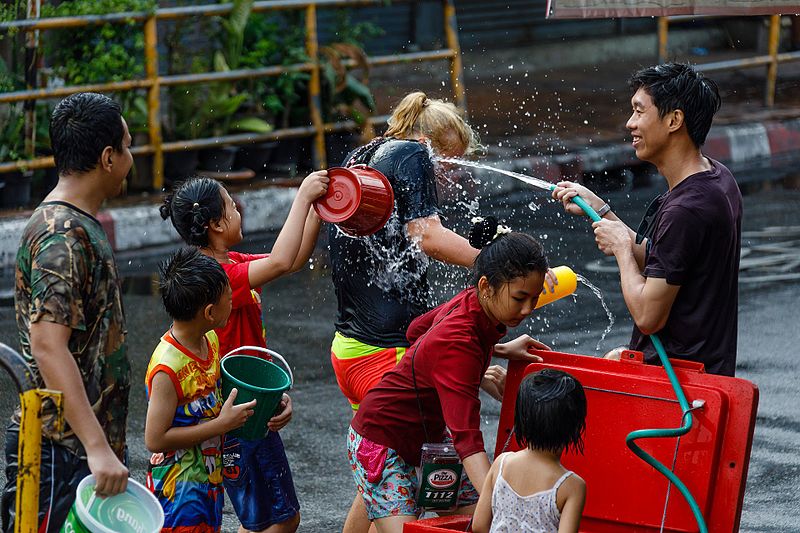 Chiang Mai, one of the most popular cities in Thailand, also has the longest and most fun celebration of the Water Festival. It usually lasts for about 3 -5 days and this is the time when the commonly reserved Thais bring out their incredible energy waiting for people on the streets and waiting for people to pass by. They then unload their water pistols or dump buckets of water on unsuspecting passersby. There’s no escape since only monks, babies and elders are granted free pass! Most people gather around moats, canals and the Ping River. Along Thapae Gate is a full 4km of water fighting! Be ready to get soaked and make sure you have waterproofed your gadgets too. 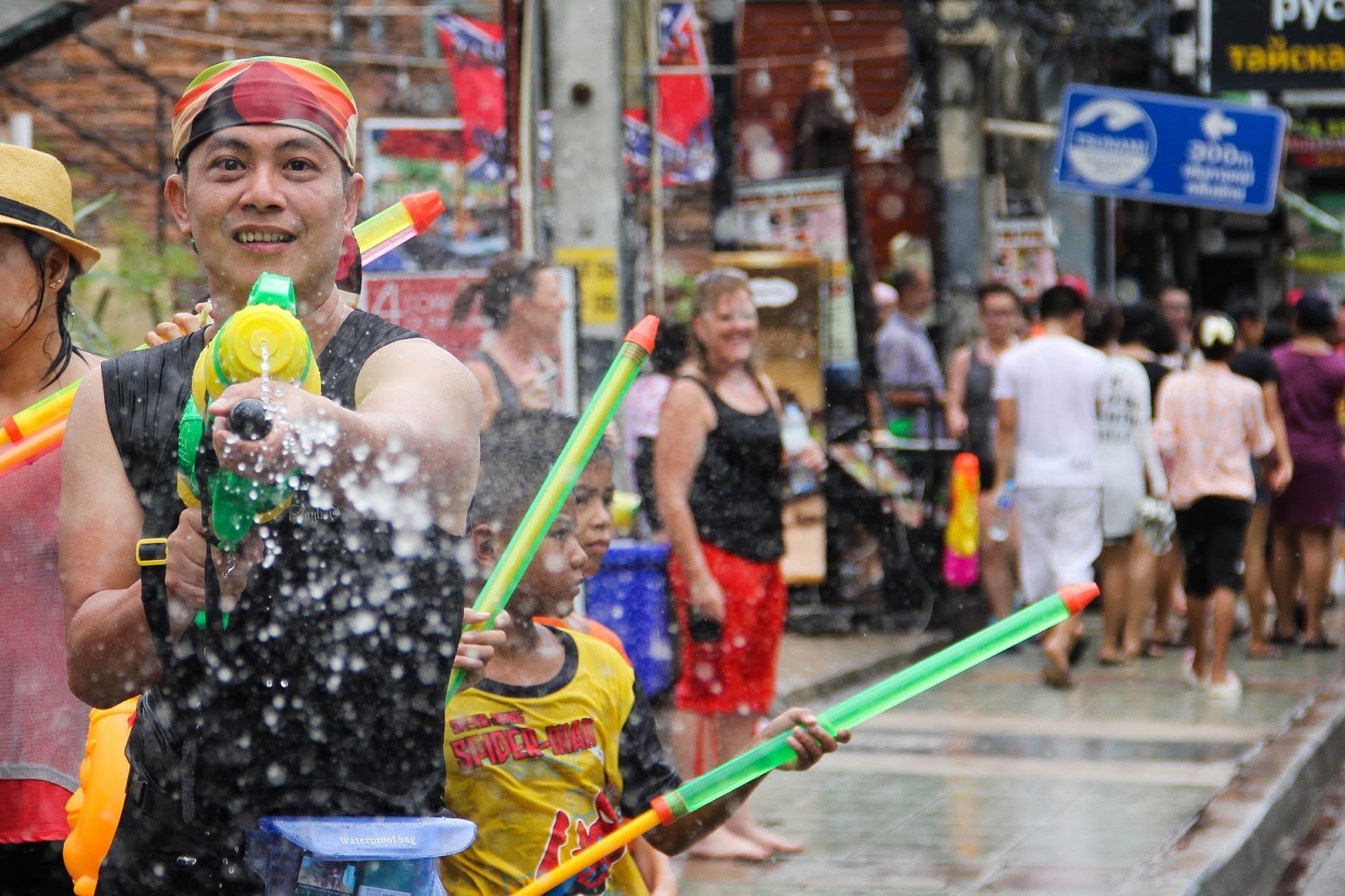 As Thailand’s most popular beach destination, Phuket sees wild celebrations during Songkran. All three days of the New Year break has developed into an orgy of water throwing using buckets and water guns. Even the police in Phuket will get involved, swapping their firearm for a water pistol for a few days. In the past, Songkran in Phuket was celebrated mainly on March 13th but in recent years you will find a morning till night party consume the island for a solid three days. There is a parade, a Miss Songkran beauty pageant and an intense water fight along Soi Bangla. 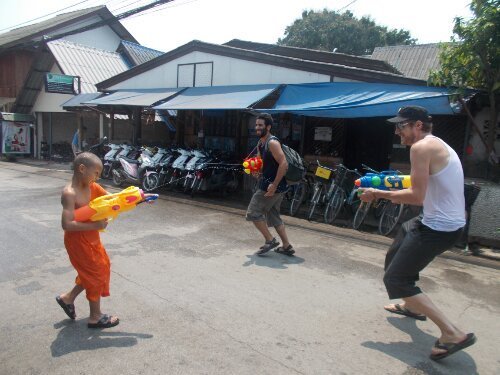 This small town in northern Thailand’s Mae Hong Son province has one of the most laid back atmospheres in the country. The town is full of cheap guesthouses and restaurants with spas and elephant camps. Outside of town are several waterfalls and a number of natural hot springs. It is also just about 3 hours away from Chiang Mai on a curved and winding road up on the mountains. This place is where you can relax but also still enjoy the local festival. The good thing about Pai is you can get to observe how the locals celebrate it. People can be friendly enough to invite you to join them too. There’s a WWII Memorial Bridge that is popular with the locals during Songkran. This area is where they go to bath, eat and just enjoy the festival. 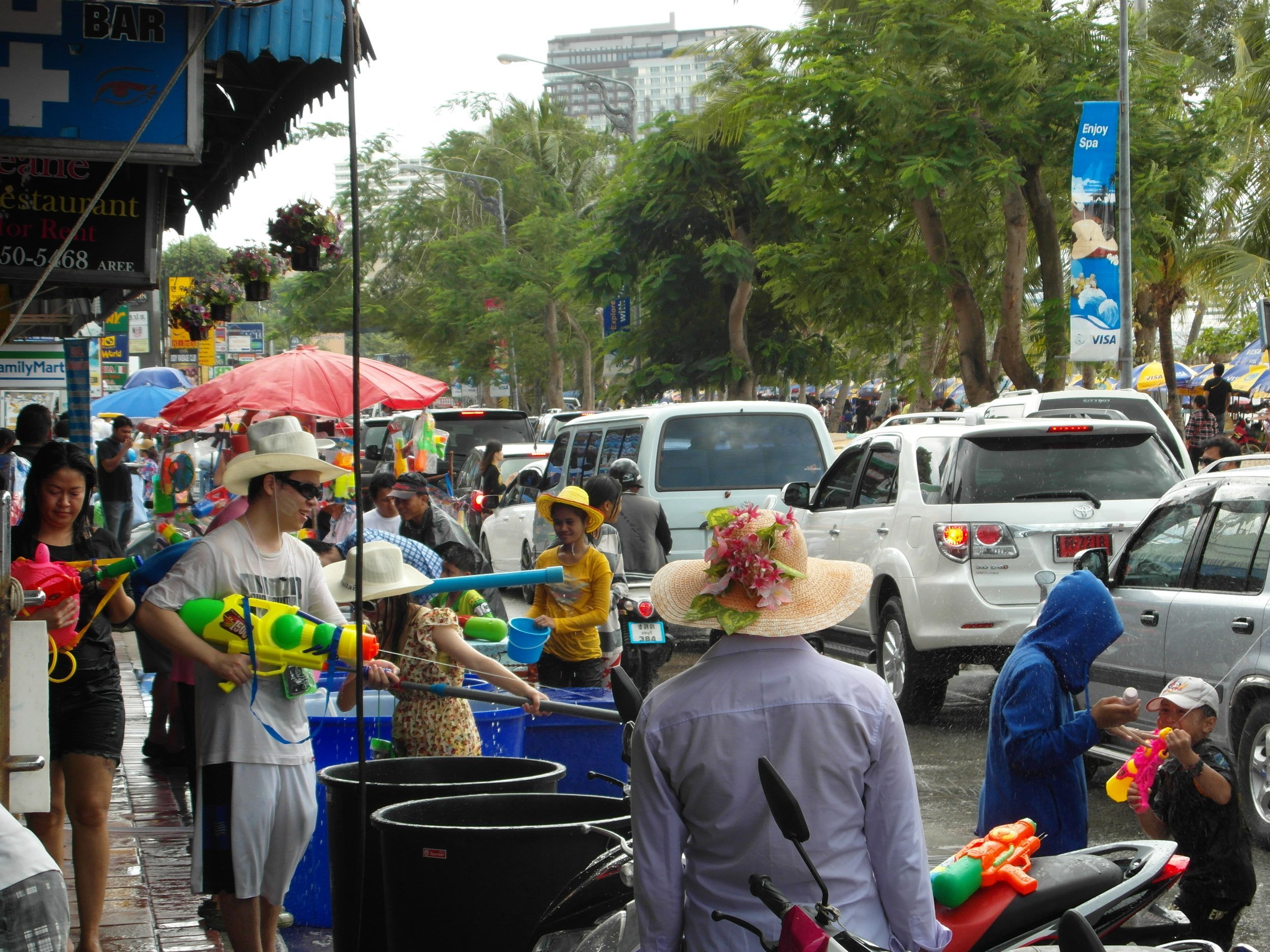 Pattaya is known as a party city so it should come as no surprise that Songkran festivities last longer here than anywhere else in Thailand. There will be water fights going on during the regular Songkran days (13th-15th April) but, uniquely, Pattaya celebrates into the following week too. Known in Thai as the Wan Lai Festival, this year the biggest day of revelry will be on April 19th so if you arrive in Thailand a little late this is your last chance to party.

Songkran in Samui is not as intense as, say Pattaya or Phuket, but it is still one of Thailand’s most fun celebrations with events taking place in all major beach towns. You will find makeshift parties throughout Samui and anyone is welcome to turn up and join in the fun! Local children are driven around the island in the back of a pick-up truck and will stop to have skirmishes with you which is always fun. For a more traditional side of Samui, head to the west coast, especially around Na Thorn, as the local fishermen and their families also love to celebrate Thai New Year and you will be more than welcome to join in. 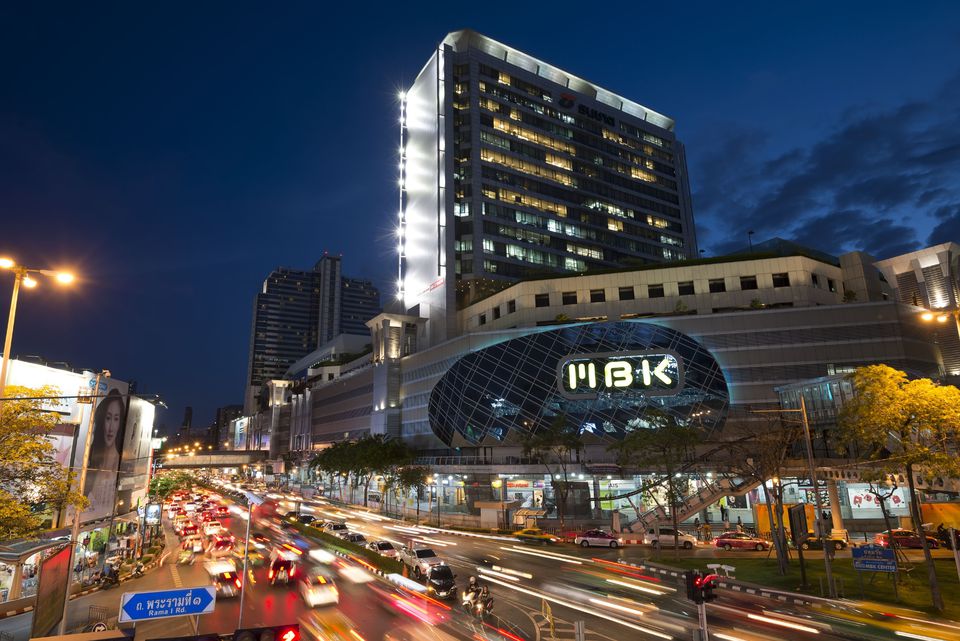 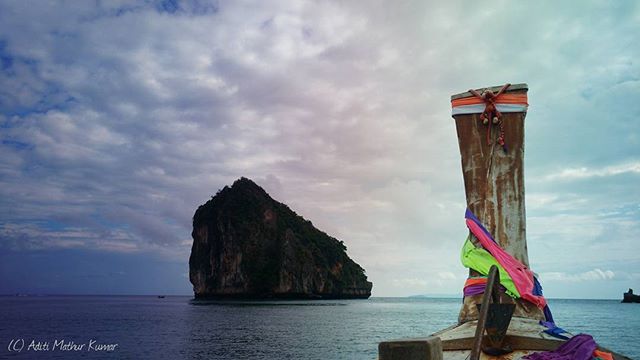