Chiang Mai Vs. Chiang Rai– Your Travel to Thailand Itinerary 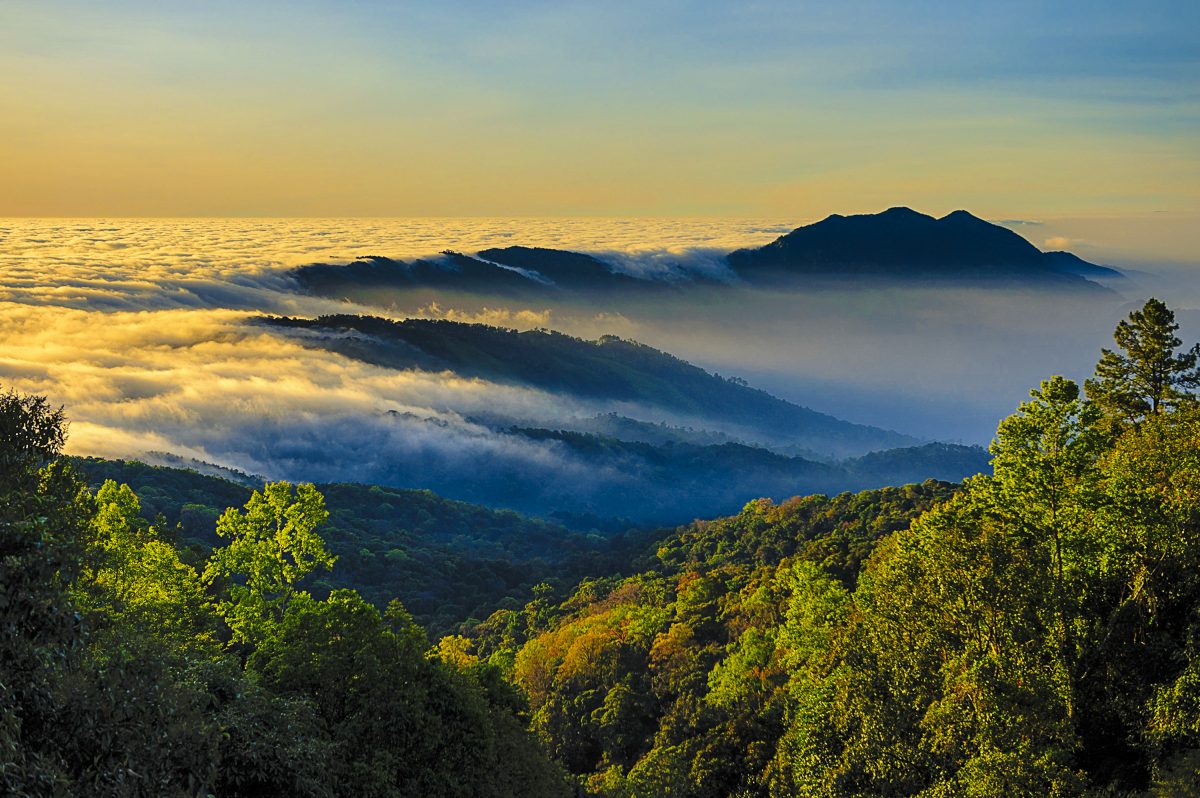 Chiang Mai Vs. Chiang Rai– Your Travel to Thailand Itinerary

Are you still confused about whether you should travel to Chiang Mai or Chiang Rai? Are you unsure about how these major cities of Northern Thailand are different from each other? Well then, we should first recognize the difference between these two places. Only then can you decide for yourself whether you wish to visit Chiang Rai or Chiang Mai, when you travel to Thailand.

Things to Know About Chiang Mai When You Travel to Thailand

The Chiang Mai in northern Thailand

Chiang Mai is northern Thailand’s economic and cultural heartland. The name ‘Chiang Mai’ means ‘new city,’ as the capital of the Lanna Kingdom (northern Thailand) was founded in 1296 by King Mengrai. Today, Chiang Mai is a vast low-rise metropolis surrounded by lush subtropical countryside and ringed by mountains.

The various areas within the city are centralized and walkable, such as the old city, and the Nimmanhemin area. Guesthouses, restaurants, and shops line the streets. In simpler terms, it is a paradise for most tourists who are interested in shopping. Most of its edifices and architectural style are from around the 1980s.

This old town in Northern Thailand has a rustic charm, littered with beautiful ancient Buddhist temples and narrow winding alleyways.

Chiang Mai’s nightlife is bustling, with bars, markets, and lots of entertainment available around every corner. Tourists generally get hold of all the facilities and amenities needed for enjoyment.

Why Chiang Mai Is Worth It?

Chiang Mai is one of the most visited places in Northern Thailand. It is best known for its magnificent ancient temples, but there are many more things to see and do. The stunning mountainous scenery around the city is home to tribal villages and offers plenty of wonderful natural attractions.

There are exclusive museums, wonderful spas, lovely parks and gardens to enjoy in the town itself.

It’s a paradise for bargain hunters! Chiang Mai ranks among the best street markets in Thailand. It is also the home to many creative craftsmen and designers, offering distinct products as compared to the ones available elsewhere in the world.

Seeing what Chiang Mai has to offer in a few days is quite an ambitious target. Of course, a coordinated tour will make things easier for you.

Professional local guides will help you appreciate the wonderful sights and local delicacies. They will also prepare an optimized itinerary to ensure you get the most out of your short travel time.

The Must-Know About Chiang Rai While You Travel to Thailand

Chiang Rai is another town in Northern Thailand, however, it has a more relaxed ambiance than its sister town Chiang Mai. The town of Chiang Rai is driven by industry instead of tourism. It only gets a handful of tourists compared with the city of Chiang Mai. It looks like any other urban Thai city. The clock tower and the night market are the main sights you can find in the city.

Besides that, there isn’t much else to distinguish itself from the other urban provinces of the country. Unlike the Chiang Mai city, Chiang Rai is not really walkable, as the town is very spread out.

But Chiang Rai’s real charm lies outside of town, in the countryside. Its vivid natural resources could charm you if you have a taste for greenery and exotic locations.

Chiang Rai is the northernmost province in Thailand and it shares borders with Myanmar and Laos. Certainly, its rugged and mountainous topography makes the province feel more remote than Chiang Mai.

What Makes It Different?

One key difference between the two places is that there is an impressive diversity of ethnic minorities (hill tribes) in Chiang Rai. In Chiang Rai, you can find most of the ethnic hill tribe groups of Thailand, namely, Karen, Palong, Akha, Yao/Mien, Lahu, Lisu, Hmong.

Hill tribe communities are spread all over the province. While some are nestled in the wooded mountains of northern Thailand, a few are around the fertile lowland valleys.

Interestingly, a majority of the hill tribes living today in Chiang Mai are actually migrants from areas like Chiang Rai. They are known to have moved in search of economic opportunities.

Chiang Rai is so much for tourists to see! If you’re traveling with a local who can drive you through the tourist circuit of the Golden Triangle, you’ll discover Chiang Rai’s true charms. The Chiang Mai to Chiang Rai tour starts from Chiang Mai and gets off the tourist trail to explore authentic parts of Chiang Rai.

If you have three or more days to spend in Chiang Mai, you might just as well fit in a trip to Chiang Rai. One of Chiang Mai’s most frequent tours is a one-day tour to Chiang Rai which includes the Golden Triangle and White Temple.

It’s about three hours drive to Chiang Rai and three hours back to Chiang Mai. So, if you have only one day to cover Chiang Rai, much of the day’s traveling is wasted. Minivan tour drivers are all under tremendous pressure to get back and forth groups in a day and safe driving is always compromised.

A one-day tour to Chiang Rai will seem like a reasonable choice for first-time visitors to the city. However, most experienced travelers agree that a single day is not enough to explore its true essence.

Starting from Chiang Mai and making a loop through the province of Chiang Rai, is the simplest way to explore Chiang Rai. You go by passing through areas like Thaton and Mae Salong, homes to a number of hill tribes, and full of natural beauty.

Bus or car: what should you choose?

There are frequent and daily buses running from Chiang Mai to Chiang Rai, but you’ll be restricted to reaching Chiang Rai City.

The best way would be to travel by car. It will allow you to get off the main tourist trail and discover the true cultural gems on your way to Chiang Rai.

If you ask our opinion about which place to visit, Chiang Mai or Chiang Rai, there won’t be an appropriate answer. If you are a nature lover, you might enjoy Chiang Rai more than Chiang Mai.

On the other hand, if you are fond of urban hustle and bustle, Chiang Mai might be a more suitable option for you. So, the next time you travel to Thailand, make sure that you don’t miss these places. 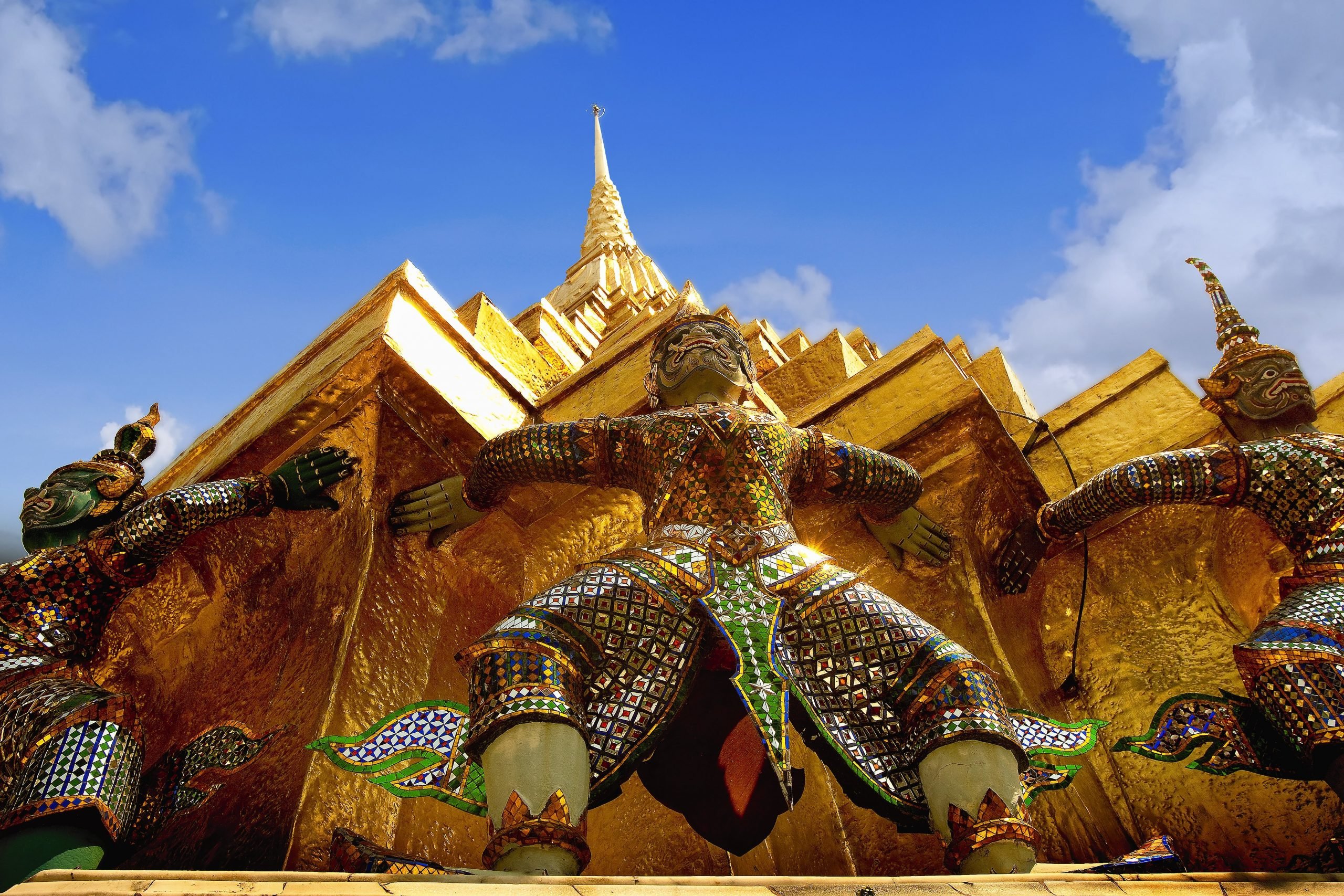 20 ABSOLUTE BEST THINGS TO DO IN NORTHERN THAILAND