Thai cuisine is known for being one of its kind. Its great liking around the world has to be credited to its origin and the influences it had over the decades. It has evolved with an amicable combination of Eastern and Western influences.

Thai cuisine has its five rudimentary flavours hot, sweet-salty, sour and bitter which tickle your palate with exploding flavors in every Thai dish. The geography has a strong influence on the variations offered by the Thai cuisine. Like the Northern region of Thailand has a cuisine which predominantly mild due to Burmese and Chinese influence whereas the Southern region of Thailand has an inclination towards spicy food. Food customs are something which is gravely affected by different society and cultures. When it comes to South Western part of Thailand one can see the use of coconut more often compared to any other parts of Thailand. This cuisine shares similarities with the Malay and the Javan dishes. Thai cuisine has evolved through all these influences into a peculiar and delectable cuisine. You simply cannot miss how important fresh herbs and spices are to the Thai cuisine. It’s the most indispensable factor of any Thai dish ever. The aromatic fresh herbs and Thai cuisine reveals the true culture of the Thai people with their delicate taste and appetizing flavours. Its presentations and exquisite flavours make it one of the most tempting cuisines in the world. The strong scented fresh and dry spices balance to create a salubrious food. A typical Thai meal would consist of soup, currie, and rice and traditionally all served together. Rice is the principally consumed food in Thailand. It is eaten with almost every meal. Noodles, desserts, and dumplings are the few things made with the staple ingredient rice. Thai cuisine also has a huge range of vegetarian dishes along with the classic meat dishes. Thailand being a destination for multiple tropical islands, seafood is undoubtedly the most prevailing platter all across Thailand. If you have a craving for sweet foods, Thai desserts are your ultimate answer. Thai desserts are exotic and are known to use a lot of fresh fruits in them. They are quite distinguished because of the use of fruits, coconut creams and sweet sticky rice in them. Some of the most popular Thai desserts include luk chup which is a sweet bean snack covered with a jelly snack and mango sticky rice wherein the chilled mangoes are placed on steamy rice and some coconut milk is added to it. Thai beverages are something you’ll always be glad to have tried.CHA – YEN (Thai tea) is the most popular Thai beverage, no matter how much you are addicted to coffee the flavorful Thai Teas will make you forget them. The Cha Yen consist of black tea, milk, sugar, condensed milk, and ice. Cha Manao is another popular version of iced tea with freshly squeezed lime juice.
Thai cuisine symbolizes the Thai sagacity. It divulges the Thai culture, its simplicity, the attributes of the Thai people their exquisite taste and their benevolence. Thai cuisine is not just about food it’s about experiencing art. If you think that Thai Cuisines are only about seafood, then you are not thinking the right way! Let us take a…
By Tourism Authority of ThailandMay 15, 2022 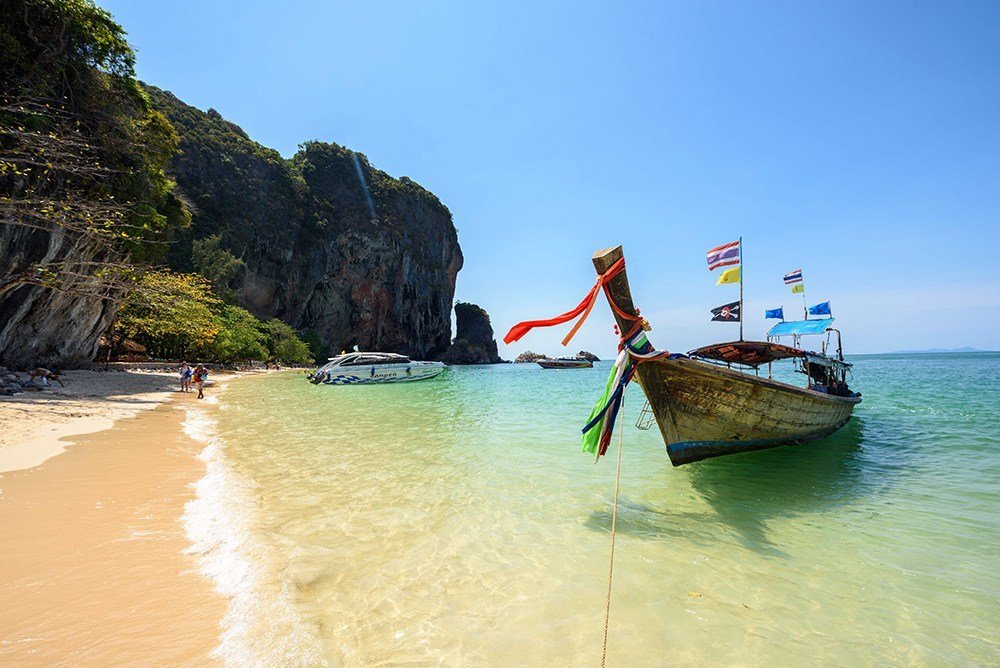 Honeymoon Special: Top Things to do in Krabi and Phuket Islands

Thailand – A destination for your Honeymoon. Make it special by visiting Krabi and Phuket islands. Read more about it here!
By Chrismita DcostaMarch 22, 2022 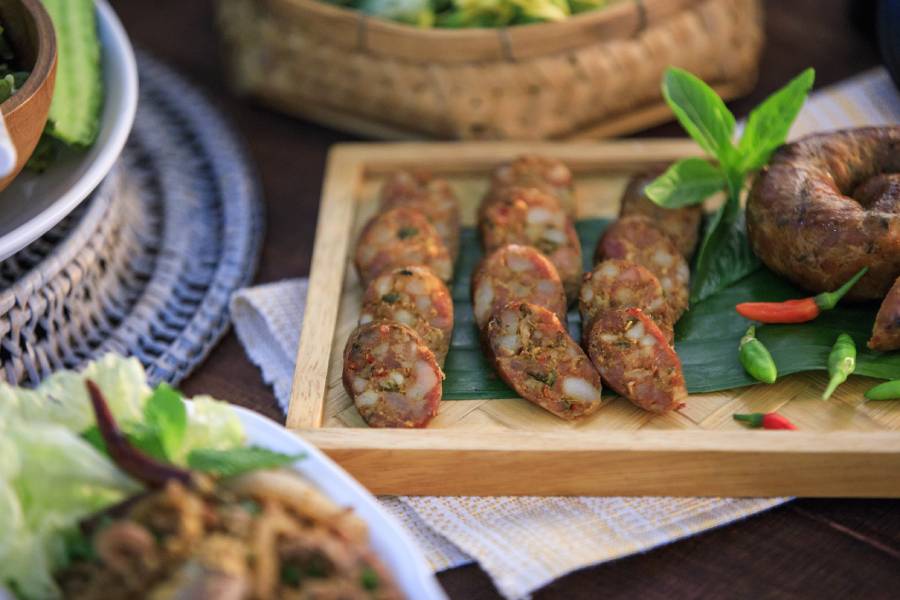 While you plan your trip to Bangkok, it will be incomplete without visiting the streets for the street food. Catch up to…
By Chrismita DcostaMarch 12, 2022