How To Travel Around Thailand 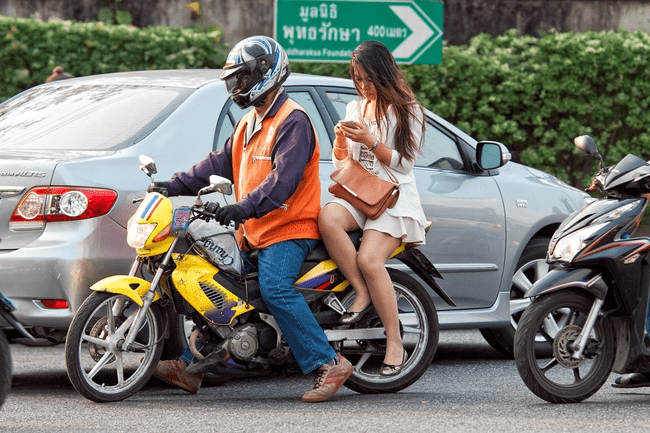 How To Travel Around Thailand

Here Are A Few Types of Transportations & Where To Use Them

Visiting Thailand but not sure how to get around the country? The country has a wide array of options when it comes to transport. Read on to discover all these modes of transport ranging from Songthaews and motorcycle taxis to the Bangkok BTS Skytrain and Tuk Tuks, to help you plan your journey better.

Tuk-tuks are also known as three-wheelers and are mainly used for short distances. These are found everywhere in Bangkok and are able to take you to most of the places. They can carry around 2-3 passengers each and can be used for internal traveling in the city.

Two types of buses run in Thailand, air-conditioned & non-air-conditioned buses. These buses are run by the government as well as private companies. They can be used for long-distance travel and are considerably cheaper compared to flights. These typical buses are called VIP or sleeper buses. They have many features, for instance, more legroom for passengers, you’ll be pleased to know that the VIP bus has 30-40 seats, so it is more comfortable.

Motorcycle taxis are an ideal mode of transportation in Thailand if you are looking for cheap and fast transport over short distances. They are found in most of the cities throughout the country as well as smaller towns with good transport systems. It is not ideal if you are carrying a lot of luggage along with you, or if it is raining but otherwise this is probably the best mode of transport for the everyday backpacker.

While the train network does not reach the entirety of Thailand, it is still a suitable option of traveling over long distances. Trains are one of the most convenient ways to travel in this country. Bangkok’s Hua Lamphong Railway Station is the heart of all train travel in Thailand. The railway network is divided into four sections Eastern line, Northern line, Southern line, and  Western line.

The Bangkok Mass Transit System, commonly known as the BTS Skytrain, is fast and affordable. Furthermore, they run from 6:00 am to midnight and allow travelers to circumvent the traffic in Bangkok. A slight downside is that the Skytrains get quite crowded during the week, but generally, they’re far less crowded during the weekends.

Songthaew actually translates to “two rows” in English. Essentially, Songthaews are small pick-up trucks which consist of 2 rows of seats at the back end of the vehicle for passengers to relax & rest their legs on. If you are fine with waiting for 10 to 15 minutes for a ride, then this is a great mode of transport for you, costing just 10 Baht to get from one side of a town to the other.

With Bangkok being the most populated city in Thailand, an efficient taxi transport system is highly essential. Bangkok’s taxi system is exactly that but also very reasonable in terms of cost. Taxis start at 35 Baht and thereafter 2 Baht for the first 2 km and then 2 Baht per km after that. The traffic in some areas of Bangkok can, however, be dreadful so motorcycle taxis might be a better bet if you only wish to travel a short distance in Bangkok. Taxis are however air-conditioned which can provide much needed relief from the heat.

The MRT Subway, otherwise known as the Blue Line, is the first underground railway line to be introduced to Bangkok’s railway network. It comprises 18 stops and follows a slightly different route to the BTS Skytrain which allows travelers to commute via train to the otherwise inaccessible neighborhoods. Both the BTS and MRT intersect at various points allowing travelers to board from both lines. The BTS and MRT networks are in operation from 6 am to midnight Monday to Friday.

Speedboats are a great way to get around the famous Riverside area of Bangkok with its many historical monuments, temples, and architecture. They’re also great for exploring the khlongs (canals) for a more intricate glimpse of Bangkok. Several kinds of boats (express boats, river taxis and longtail boats) run up and down the Chao Phraya River, connecting with the local suburbs on the Thonburi side and along the river, while ferries can be used to cross the river at various points

These are various modes of transport running in Thailand which can be used by tourists. Thailand has a wide range of transport options which makes it easy for one to travel around the city and can be chosen as per your budget. We hope this article helps you plan your trip & transportation during your visit. 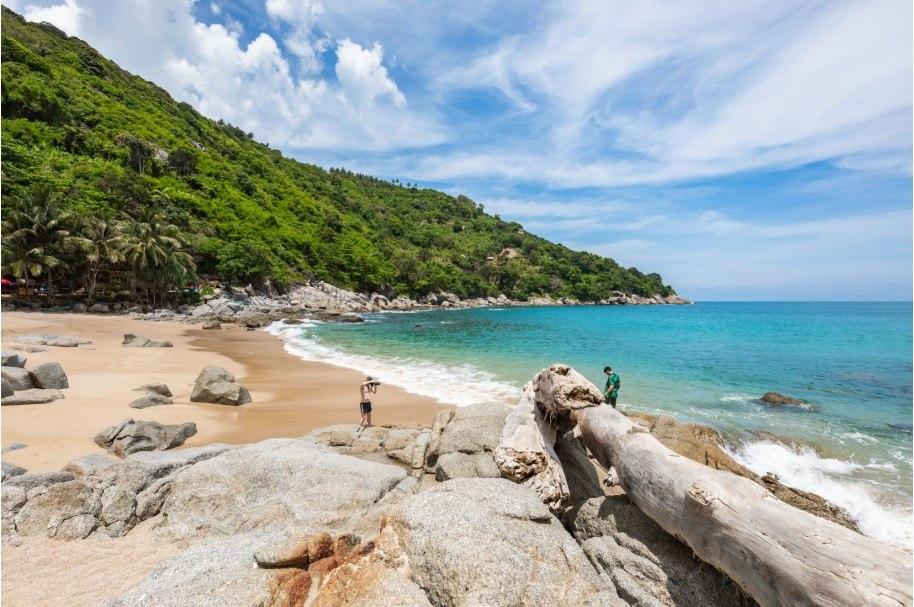 Experience Thailand on a Solo Trip