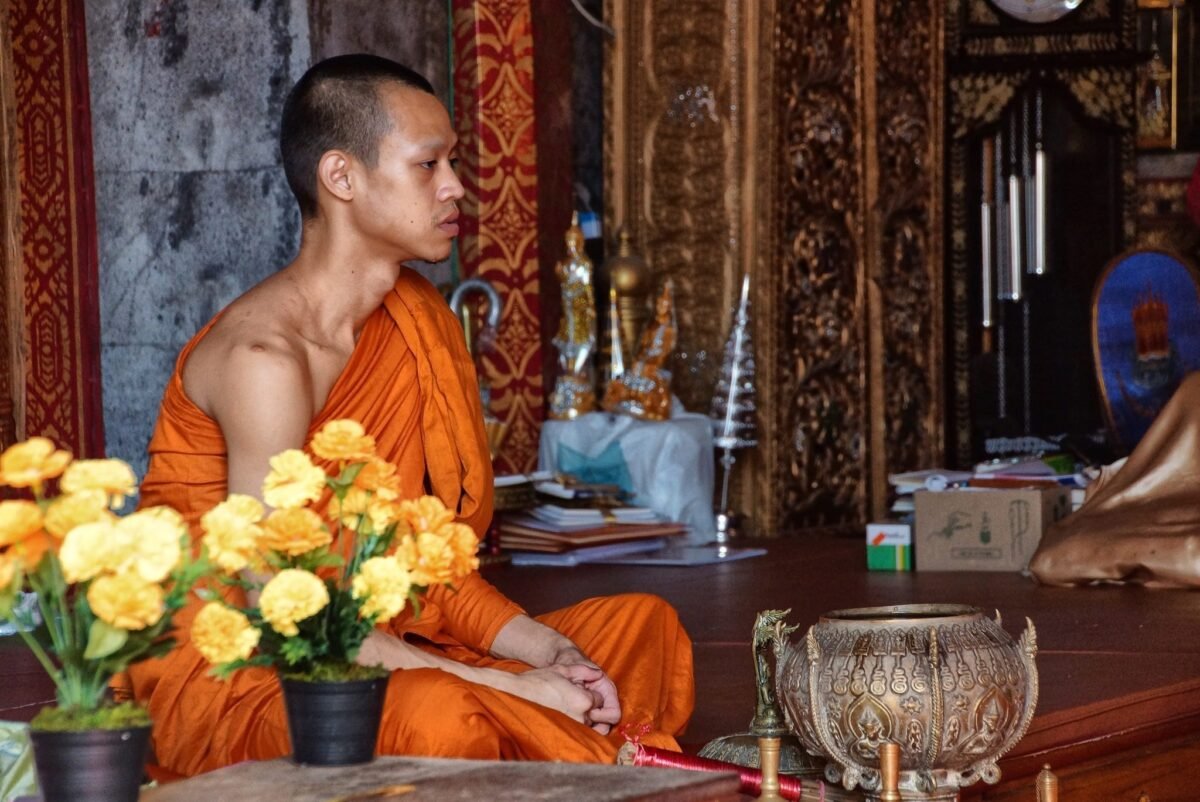 The ‘Land of Yellow Robes’ aptly derives its name from the fact that almost 90% of the Thailand populace believes in Buddhism!

Hues of yellow flowing robes, rhythmic chants of Om, prayer flags, and smiles would instantly remind anyone of Thailand. Buddhism shapes the general way of life in Thailand, from art and architecture to festivals and folklore to philosophy, literature, and culture. Journey with us into living like a Monk in Thailand and understanding life with Buddhism.

Did you know that the Royal King Bhumibol Adulyadej and Royal King Vajiralongkorn of Thailand too, have lived a monk’s life?

Yes, Thai tradition calls for all men to live the life of a Monk in Thailand and this includes even royalty. Thailand’s constitution clearly denotes that the King of Thailand must be a believer in Buddhism and uphold the religious values and beliefs of Buddhism.

All Thai men enter into monkhood after the age of 20. Very often, younger boys in yellow robes are spotted. These young ones are novices who live at Buddhist temples; training, helping, and working at the temples to eventually become monks.

Living like a Monk in Thailand is crucial to all Thai men, as it symbolizes their dedication to Buddhism.

Monkhood in Thailand is considered as the highest form of attaining goodwill or karma for the family. Living like a monk in Thailand does not mean giving up the rest of your life or abstaining completely. Thai men enter the monkhood for a day, a few weeks, months, or on choice for the rest of their lives.

Several Thai families even arrange for marriages only on the condition that the man is ordained as a monk – PHRA. In fact, it is absolutely normal to take an official leave from work or business to live like a monk in Thailand.

History of Buddhism and Buddhist Monks in Thailand

The year or century of origin of Buddhism in Thailand is debatable. However, we can comfortably say the religion has been governing the lives of Thai people for eons. Thailand believes and follows the principles of Theravada Buddhism or Southern Buddhism. Known as the ‘School or Doctrine of the Elders’, Theravada Buddhism insists on a strict observance of the Vinaya Monastic code which has 227 rules and 5 precepts. These strict rules ensure that women are to never come in close contact with monks. This is why Thailand’s public transport ensures to have reserved seating for monks, where women are not allowed.

Wat’s in Thailand; Home of the Buddhist Monks

Buddhist monks live in the ‘WATS’; temple or monastery. Thailand has almost 29,000 beautiful and serene Buddhist Wats across the country. These temples typically shape the lifestyles of the rural and urban areas they’re located in.

The oldest and largest temple complex is Wat Pho; home of the 46-meter long reclining Buddha statue. Visiting these Thai temples must absolutely be on your itinerary and so is maintaining decorum at the Wats.

Understanding the Bhikku Sangha in Thailand

The Bhikku Sangha have two-types of monks. One that has chosen to live like a monk long-term and another who lives like a monk for a short period of time. With this division, there are other sects and branches of Buddhism in Thailand. These branches are based on the monastic life and monastic disciplines that monks have chosen to follow.

This essentially means that non-Thai nationals and foreigners can spend time living like a monk in Thailand!

Who can become a monk or live like a monk in Thailand?

Tradition and culture in Thailand would need Thai men to live as monks at some point in time in their lives. Women however cannot be ordained as monks. Known as Bhikkhunis, they can live in the temples and would typically follow the same rules and lifestyle of monks.

One monastery in Thailand however, does offer foreigners an option to become temporary monks. The international forest monastery Wat Pah Nanachat in Thailand allows a male non-Thai national to adorn the yellow robes and live like a Buddhist Monk.

The experience of living like a monk is intense and immersive. Even if it is for a short time, as less than a week, living like a monk requires serious dedication to the teachings of Buddhism. Chanting in Pali language, learning the monastic code, wearing traditional saffron robes, and shaving the head and eyebrows are few of the initial aspects of becoming a monk.

The monastery tends to the basic food and shelter needs of all foreigners who want to live like monks in Thailand. However, novices need to ensure that all visa, finance, passport, medical care, airfare are in order. Because once you are practicing a monk’s way of life, you will lose all access to mobile phones, gadgets, and life, as it is, will change!

Living the Life of a Monk in Thailand 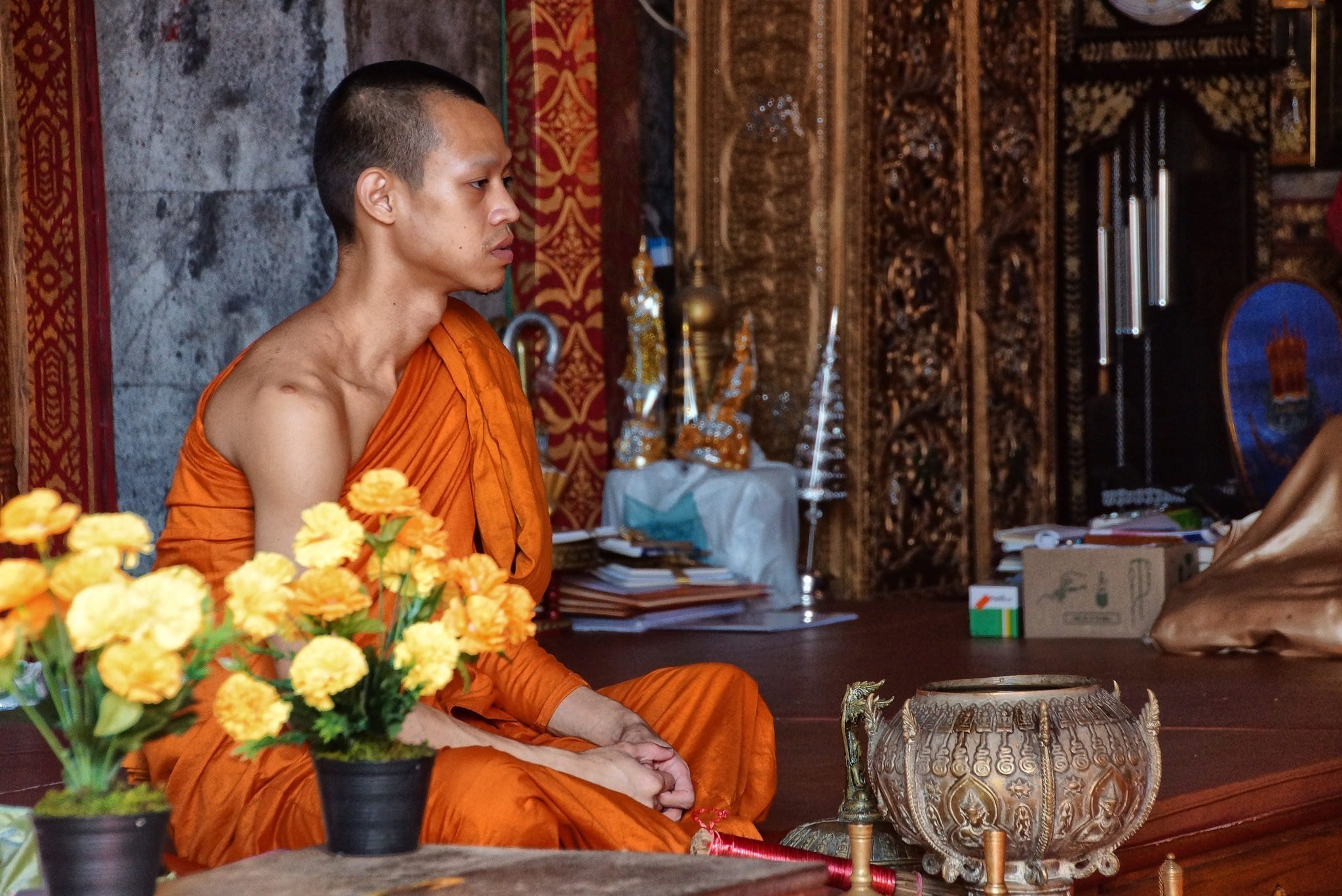 Monk Pasura explains living the life of a Monk in Thailand

Buddhist Monks live a simplistic and tough life, starting their day as early as 3 am some days. Followed by meditation and chanting for an hour, monks then leave the monastery barefoot around the neighborhood to ask for alms.

Everyone visiting Thailand would definitely observe this sight at least once. Local Thai’s and some tourists offer food to Monks to gain good karma or merit. Women who want to make their offerings to monks, do so on a piece of cloth usually carried by monks.

Monks then return to the Wat for their one meal a day; which is typically before noon. Some Buddhist monasteries may allow food twice a day.

Post meals, monks sit down for spiritual study and Buddhist teachings. In cities, some monasteries allow for more global education in language and other fields. By evening, Buddhist monks sit in a two-hour meditation and prayer, which is then followed by other duties of the temple.

Another branch of Theravada Buddhism known as Thai Forest Tradition is even stricter. These Buddhist monks live a frugal life of renunciation and extreme discipline. Also known as Pra-Pa, forest monks live their lives in solitude wandering through nature and practicing ‘dhutanga’. They cannot own anything, thus eat what is offered by people along the way and sleep wherever they can or at the monastery.

Living like a monk in Thailand and learning Buddhist teachings is truly an experience of self-discovery and self-discipline. Many foreigners who are ordained as monks in Thailand look back fondly at their unique experience of tranquility. And the people of Thai are most welcoming and love sharing this experience of enlightenment with the World! 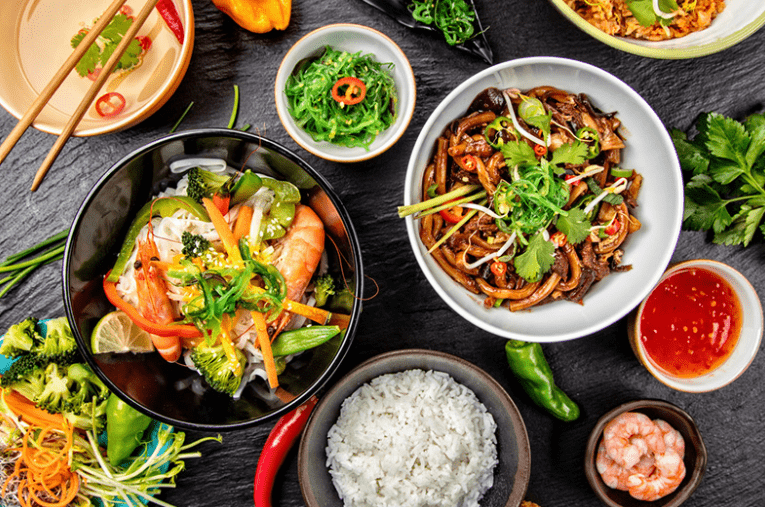 Before you say you know all about Thai food, read this! 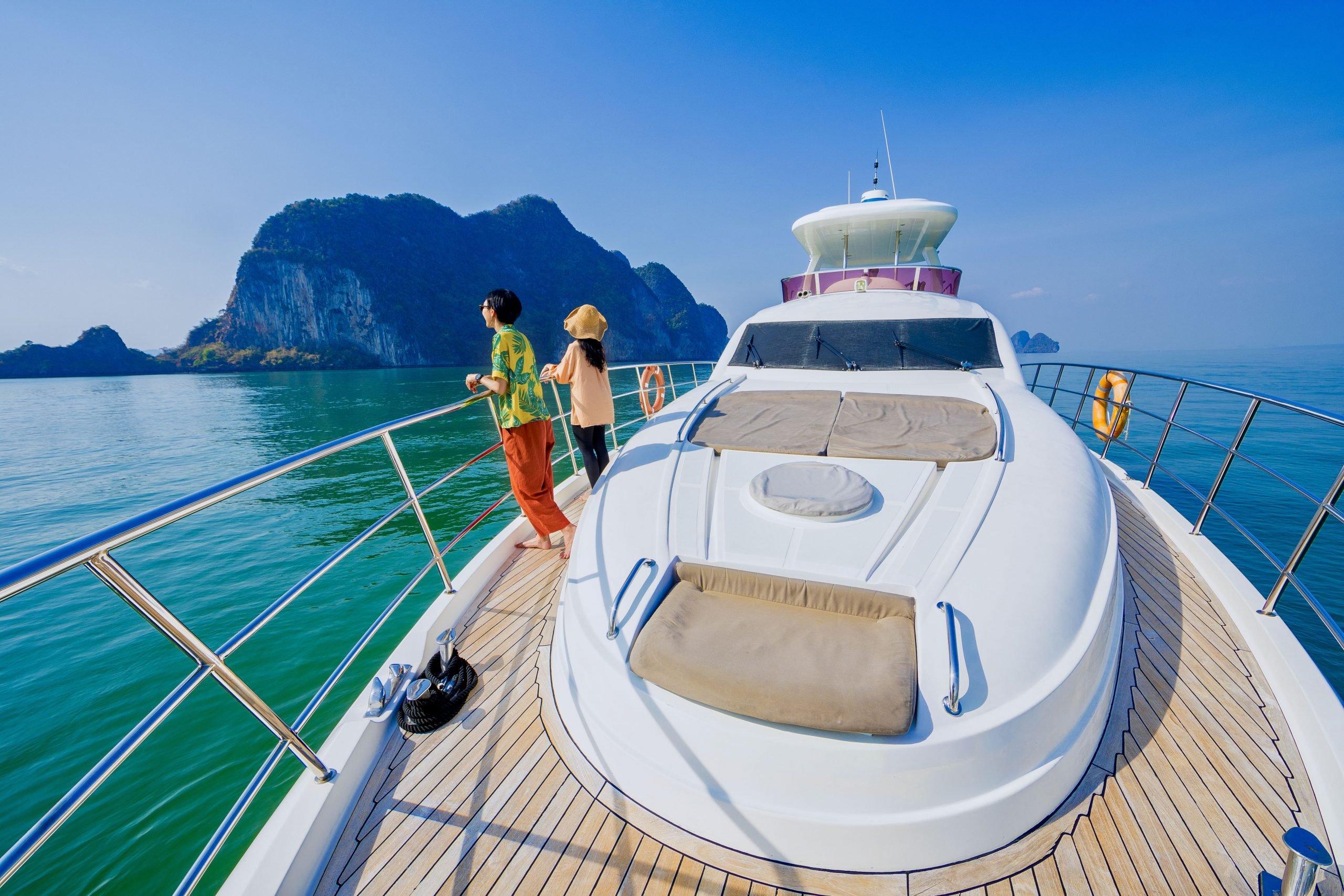 10 reasons to experience luxury in Thailand