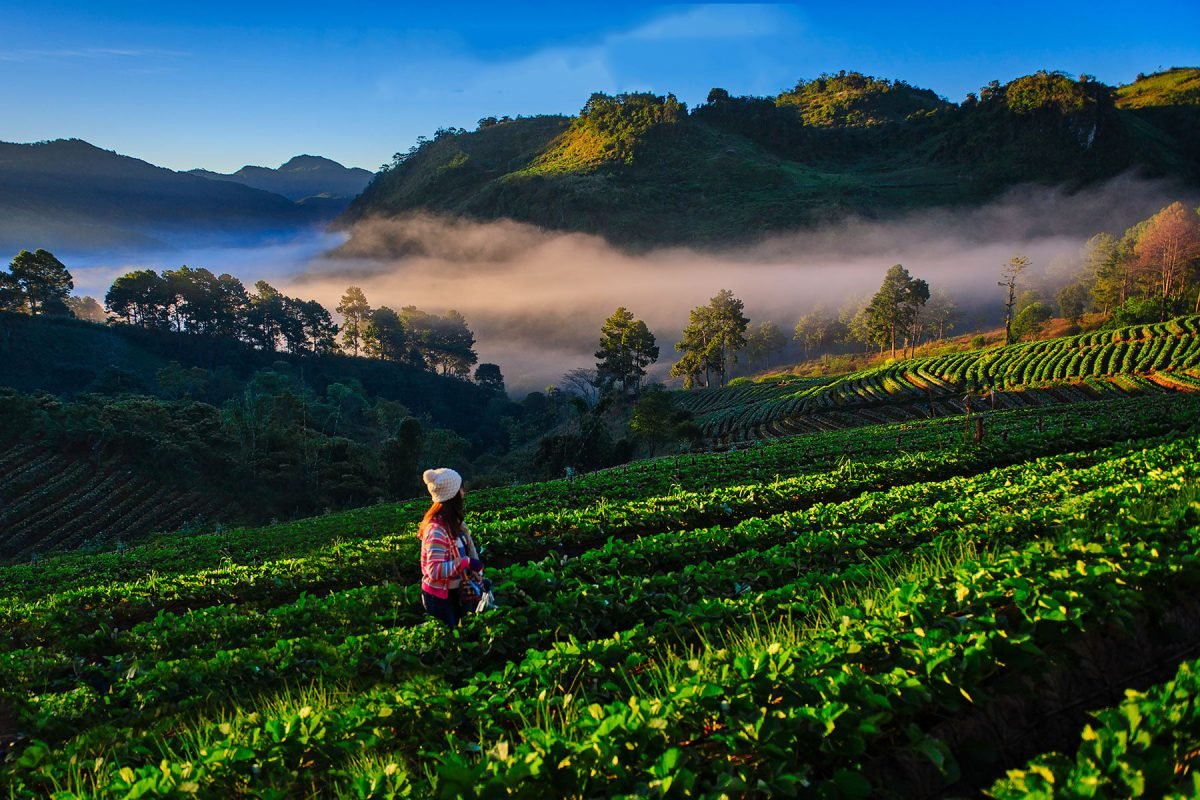 August is a special month for women in Thailand, for locals as well as for women who travel to Thailand. During this special month, some of the most visited Thailand tourism places come alive with festivities for women. This month marks the special patronage offered to Queen Sirikit.

Over the years, the nation of Thailand has seen tremendous growth in the position of women in society. A lot of this progress happened due to Queen Sirikit, who has a long-standing history of creating and implementing policies that uplift women. Since 1950, she has been a significant part of Thailand’s royal heritage, and continues to be the Queen Mother of the nation.

Let’s dive deeper into understanding how this month has become a significant part of Thailand’s culture.

The Story of the Queen Mother

Queen Mother was born on August 12, 1932 to Prince Nakkhatra Mangkala Kitiyakara and his wife Mon Luang Bua. She studied in Thailand until she was 13 years old. She then continued her education in Europe, where she became fluent in French, English, and also learned to play the piano.

It was at the Thai Royal Embassy in Paris that Sirikit met King Bhumibol Adulyadej. After a few years of courtship, she decided to travel to Thailand, marry the King and become the queen consort of Thailand until 2016. She also became Thailand’s second female regent in 1956 when her husband was ordained temporarily as a Buddhist monk.

Throughout her tenure as queen consort, The Queen Mother actively participated, initiated, and supported causes that would empower Thai women. She also showed great interest in promoting Thailand’s rich culture and heritage, and promoted the history of the country.

For example, the Queen Mother has been the backbone for organisations and programs that work towards improving women empowerment. They promote education for girls, enhancing their social and work skills, providing training that would enable them to contribute economically, and much more. In her campaigns, she would also stress on the role that Thai women play in bringing peace, progress, and overall welfare to the nation.

Through the SUPPORT Foundation, the Queen Mother has introduced supplementary job opportunities for Thai women. This enables them to make extra income whilst nurturing the fine craftsmanship of Thailand’s heritage.

Sirikit’s astounding leadership has been recognised not just in Thailand but also globally. She has received international awards, such as the UNICEF Recognition Award and the UNIFEM Award of Excellence awarded to her in 1992.

Queen Mother Sirikit has aptly been given this title of ‘Queen Mother’. Her unending dedication to her duties as a queen, a responsible mother, and a dutiful wife made her deserving of it. Sirikit has always been a symbol of utmost strength and valour. She has stood by her children as a pillar of strength and a constant guide through life.

Mother’s Day was first celebrated in Thailand in April 1950, but was changed to August 12 in 1976. Mother’s Day continues to be celebrated on this date even today. The Queen Mother’s birthday, which is on August 12, became the day that the Thai people celebrate the birth of their beloved Queen Mother. On this day, they also celebrate all maternal figures in the country. This day is also a National Holiday, and is celebrated with fervour.

Her Majesty granted permission for the use of the Cattleya “Queen Sirikit” orchid as the symbol for Thai Women’s Day. A crossbred Cattleya, which is well known and loved among orchid lovers, this variety of orchid yields long white blossoms with yellow lips. It is one of the flowers bearing the royal name “Queen Sirikit” of Thailand, by Her Majesty’s royal consent.

August 1, which marks the beginning of celebrating the Queen Mother’s birthday, has also become National Women’s Day in Thailand. Since 2003, August 1 has been designated as Women’s Day. This day recognises the Mother of the Land, and also underlines the importance of Thai women in the growth of the country. In 2003, the Ministry of Interior, the National Council of Women of Thailand, and women’s groups across the country came together. The proposal was approved by the cabinet in July the same year.

August: The Month That Celebrates The Queen Mother and Thai Women

During the month of August, Thailand comes alive with festivities for, of, and by women. Households throughout the nation are decorated with lights, portraits of the Queen Mother, and traditional Thai decorations. Tourists who travel to Thailand during this celebratory month can witness festivities everywhere. Fireworks, cultural programs, grand decor, and exclusive offers for women make it a special affair.

On August 12, one can see the whole nation come together for an alms giving ceremony, which is followed by a candle lighting event. This is followed by a magnificent display of fireworks. It’s wonderful to see how Thailand has embraced this month and created a celebration for all of its women.

Thai Women’s Day is an official observance, but it isn’t a non-working day unless it falls on a weekend. Events on the occasion of Thai Women’s Day are organised by the Ministry of Social Development and Human Security, the Department of Women’s Affairs and Family Development, and the National Council of Women of Thailand.

Thailand thrives as a favourite for tourists worldwide, but the month of August is especially enticing for female travellers. In light of August being women’s history month, Thailand offers a variety of special perks to women who travel here. Discounts, offers, package deals, and special travel perks are given especially to females. For women who travel to Thailand in August, it is double the fun and double the treat!

Thailand tourism places become even more vibrant than usual in the month of August. With exclusive entertainment, programs to pamper women, and privileges that they can make the most of throughout August. By choosing to travel to Thailand, women can experience a cultural form of festivities in the country.

In 2016 and 2017, the Tourism Authority of Thailand had set August as the ‘month for women travellers’. Activities such as a Thai fabric show, lady golf challenge, events with celebrities, bloggers, and influencers were held. Srisuda Wanapinyosak, the tourism authority’s deputy governor for international marketing, had mentioned how this campaign recognised the spending power of today’s women. Today’s women are decision makers, and in control of their choices.

Thailand, especially in modern times, has become a hub of relaxation and self-love for women. Right from an abundance of shopping markets, to an irresistible range of beauty and personal care products, Thailand has it all. It is undoubtedly a travel destination that welcomes women with open arms.

Women Should Travel to Thailand in August

The grand celebration of women and women empowerment in the month of August is a must-see for female travellers. The Queen Mother’s birthday has made this month extra special. Her long-standing principles and virtues, which have put women on a pedestal, have made all of this possible. And so, without a second thought, women must definitely experience this tradition and travel to Thailand tourism places in August! 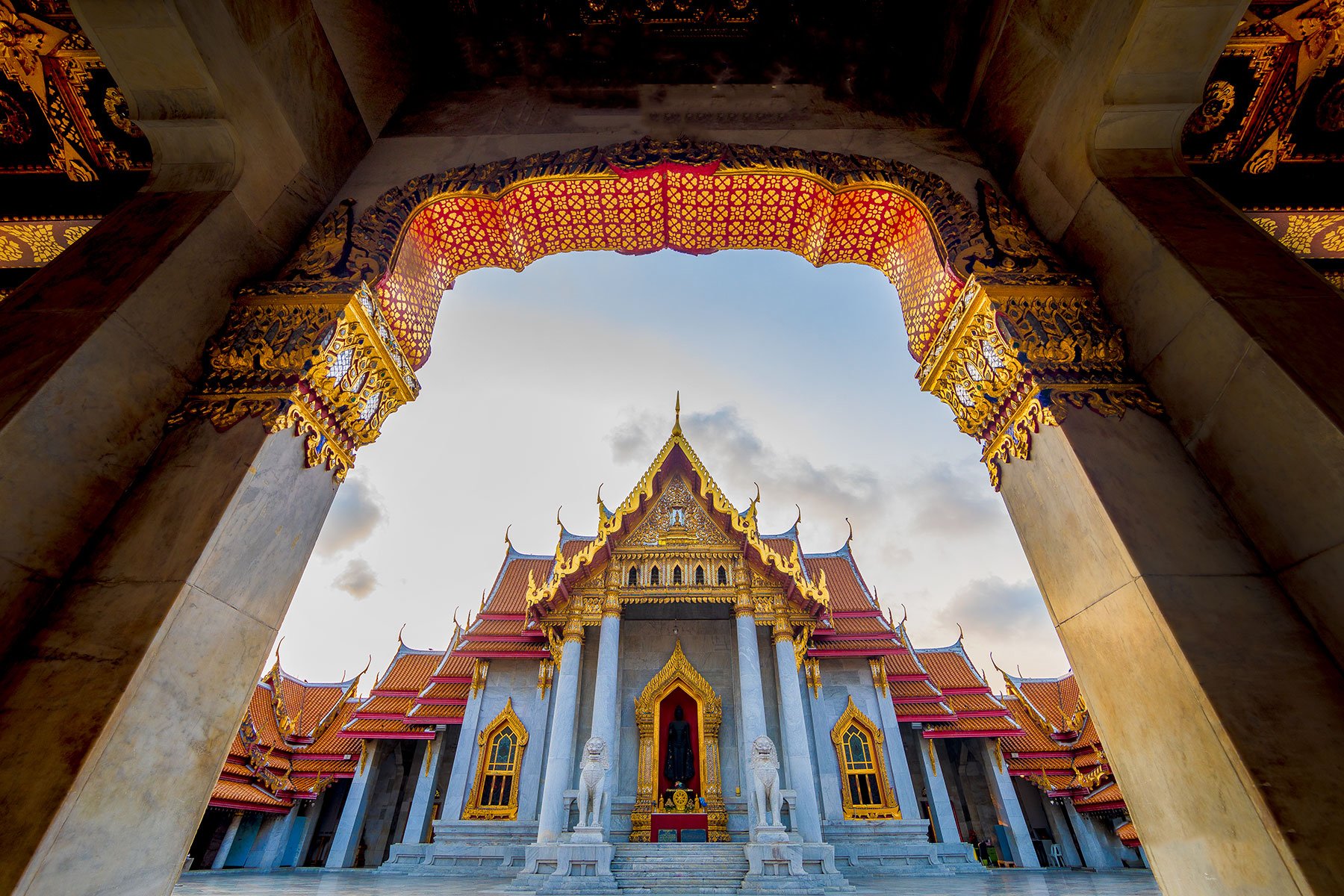 8 Places You Should Definitely Not Miss in Thailand

Treasure of the Khao Luang Cave

Chiang Rai: The Heaven of Temples 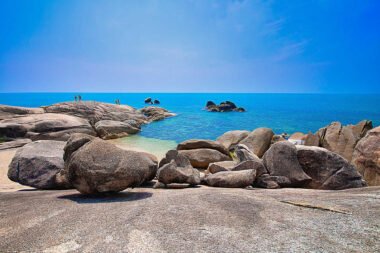 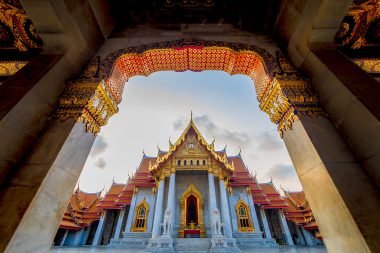 8 Places You Should Definitely Not Miss in Thailand August 31, 2021 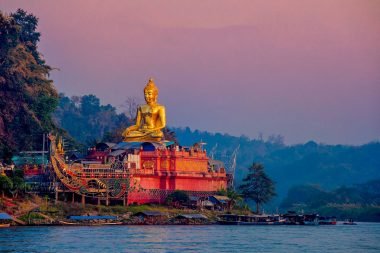